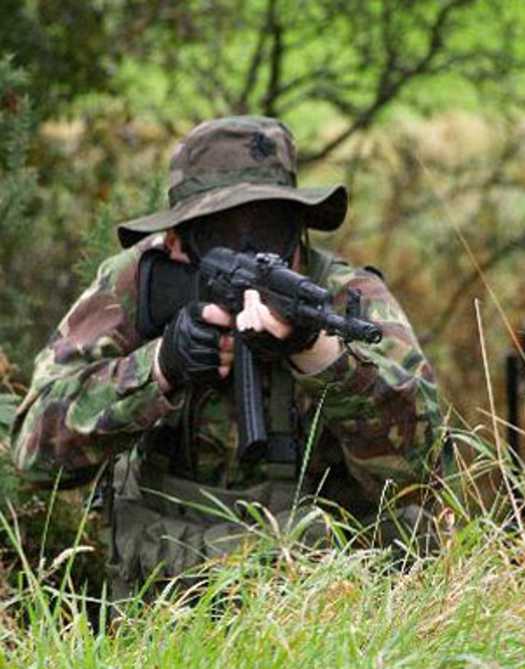 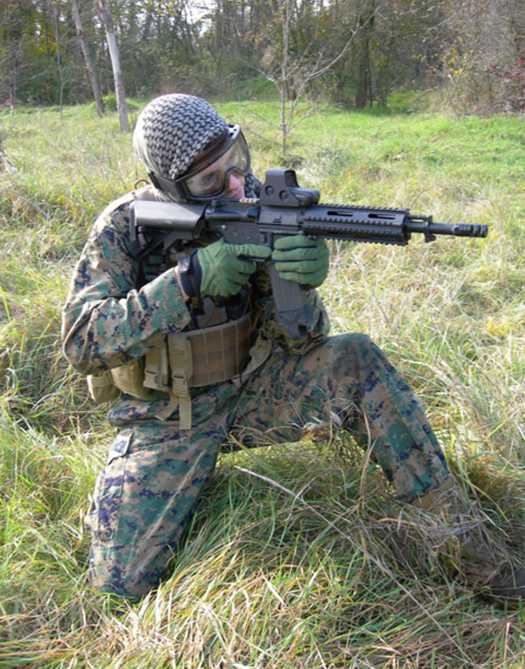 What is Airsoft? Essentially it is Paintball, but using more professional, replica firearms that shoot small plastic pellets, rather than paintballs - and you know you have been hit! The games played are as close to real as you can get and the games are based on a military line and you will be given missions to carry out and games will be from 30 minutes to over an hour, and sometimes longer.

The AEG you will use will be electric operated using a battery pack and this lets an AEG fire about 700 bb's a minute at below 328fps (feet per second). The magazine will hold between 400 to 1'000 bb's but will fire about 30 to 70 bb's before needing winding on.

In South Wales you also get to experience an indoor CQC (close quarter combat) session in a disused building with light and sound system, it’s as if you are in Call Of Duty.